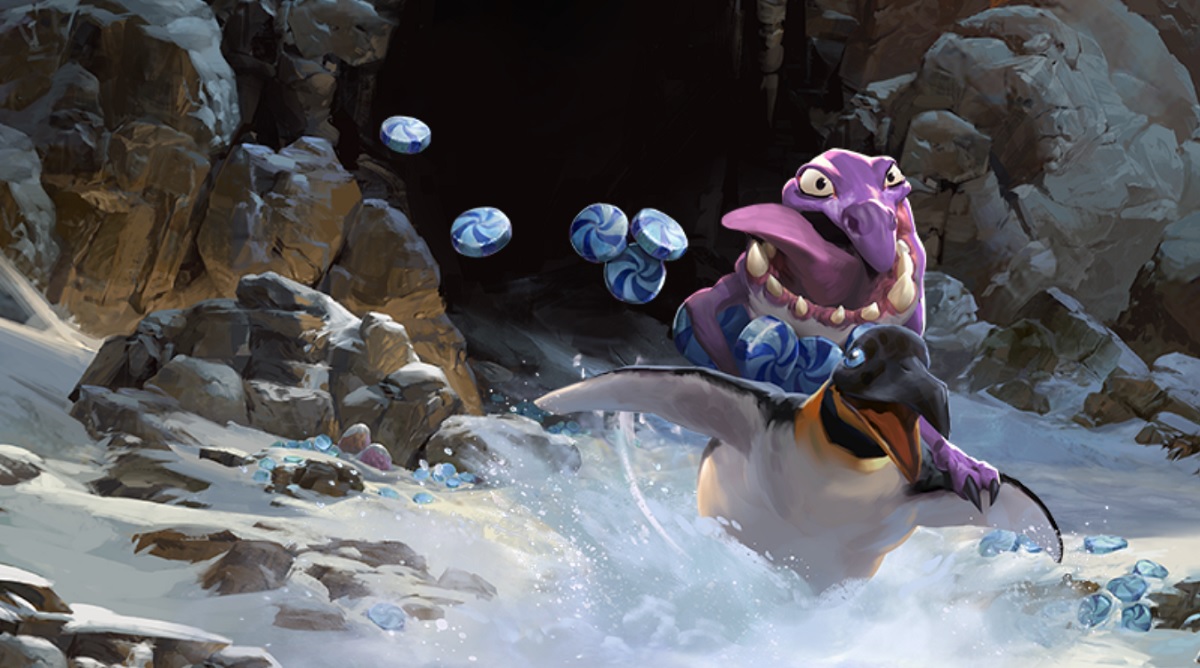 The second part of the Battle Pass is here, with the new, updated Diretide being the highlight. Today we would like to have a quick discussion on how to be more successful in it, while also providing some tips and tricks on how to complete the Weekly Quests as soon as possible.

The new game mode is essentially 5v5 mid, or pretty close to it. You collect candy from Greevlings, deposit candy into Wells and watch Roshan obliterate the enemy structures. The basic rules of the game are easy enough, but there is some nuance to it.

The most common mistake made by the players currently is ignoring the Well Guardian. His projectile attack not only hurts quite a bit, but also fears you for a very long time. It is impossible to ignore the Guardian. The only time when it is acceptable, is when you need to deposit one or two candies to tip the scales and change Roshan’s target.

Another mistake, and a pretty crucial one, is players overcommitting with the deposits. You don’t need to have 99 Candies in the enemy Well, you only need to have one more than your well has. After winning a fight there is a reason to fill up two Wells at the same time, instead of going all-in on a single one. Some Candy will be lost in the process, but it is still a better option than wasting it all.

Don’t split up too much. While it is a rather relaxed game mode, it still has some macro to it and ignoring it will surely result in a loss. From our experience, Deathball strats with multiple teamfight heroes is the way to go. Make sure you play this type of draft accordingly, though.

There are a couple of heroes you really need to ban, unless you want to play them. Arc Warden is definitely one: his Magnetic Field prevents Roshan from destroying the Well. It will most likely get fixed soon, but for now just ban the hero to save yourself the frustration. Unless, of course, you are an Arc Warden player yourself.

Another really annoying hero to deal with is Wraith King, who can ensure extra life to his teammates in the Wraith form. His Aghanim’s allows his teammates to deposit candy while dead, and the candy loss only occurs after the Wraith form expires. It is a very frustrating and very powerful interaction for this Gammode.

For similar reasons you might want to get rid of heroes with built-in Spell Immunity. Lifestealer and Juggernaut are not necessarily the strongest picks for this gamemode, but they are up there. Similarly, heroes like Dark Willow and Slark, who can make themselves untargetable, can be quite good as well.

Finally, you can complete your Cavern Crawl in this game mode, but it will only count as Turbo victory. This is not necessarily the most efficient way to complete the Caverns, but it is an option to keep in mind. Strangely enough, though, Weekly Quests do not get counted in Diretide, so you won’t be able to ignore the main game for the duration of the festival.

Since it is a bonus week, we need all twenty stars to max it out reward-wise. The good news is, it is pretty trivial this time around for several reasons.

The first, big one is that three quests are co-op Bot-enabled. Truly Moving Experience, Ancient Predator and Open Your Heart can be completed in co-op Bot games, so they are mostly a matter of patience and time.

For maximum effect, just pick Juggernaut, get Boots, Force Staff and multiple Crystalys. You will crit almost every hit. Good alternatives include Bounty Hunter, or any hero who can quickly get their hands on Bloodthorn.

While Phantom Assassin might sound like a good idea, her crit chance is actually quite low, while her average DPS is still very high. It is better to go for higher probability, rather than higher damage factor: the survivability and HP pool of bots is quite limited, since they can’t farm all too well.

Getting Ancients is a little bit more problematic, since they are a limited resource after all. Your teammates will most likely contest them, so you will definitely save yourself some frustration in a five-party, where someone can be on enemy Ancient stacking duty.

All in all, it is a very easy week to complete. Make sure you play enough Diretide and play the actual objective of the game mode and you will be done with it in no time, possibly closing some caverns in the process.

February 7, 2023
The Antibiotic Resistance Crisis Has a Troubling Twist 3

February 7, 2023
David Guetta Used AI to Generate an Eminem Deepfake Vocal—Then Dropped It at a Show 6