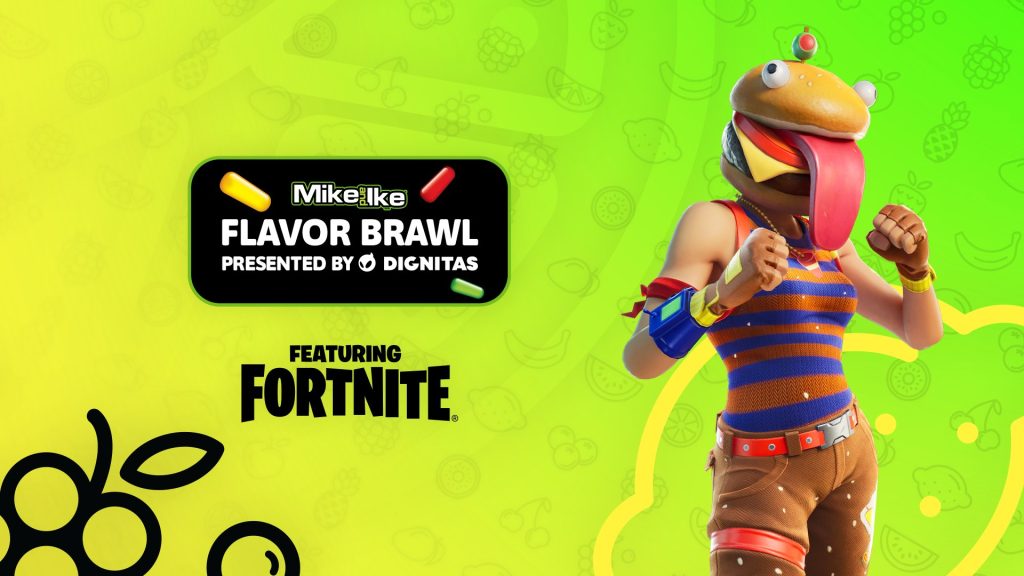 Alongside the planned invitational tournament, the partnership saw the two join forces in a new video content series.

Now, both parties are taking the partnership a step further by hosting the MIKE AND IKE Flavour Brawl, an online five-game tournament that will feature 33 teams of trios. The event is set to feature some of North America’s top Fortnite talent along with Dignitas’ Fortnite roster, consisting of Piero ‘Pgod’ Ramierz, Matthew ‘Mero’ Faitel, Lucas ‘Dukez’ Cardenas, and Camron ‘cam’ Dean, will take part in the tournament.

The teams in attendance will compete for a shared prize of $10,000 (~£8,365). The winning team will also receive a year-long supply of Mike and Ike candy.

Along with Mike and Ike, Dignitas’ commercial portfolio includes the likes of HyperX, Verizon, NYX and Zytara Labs. Mike and Ike is also no stranger to the esports industry. In 2019, the candy brand joined forces with Philadelphia-based company Nerd Street.

Michael Prindiville, Chief Executive Officer (CEO) at Dignitas, spoke on the deal: “Dignitas is proud to expand upon our relationship by launching a Fortnite tournament that adds value both to the competitive community and the game’s fanbase.”