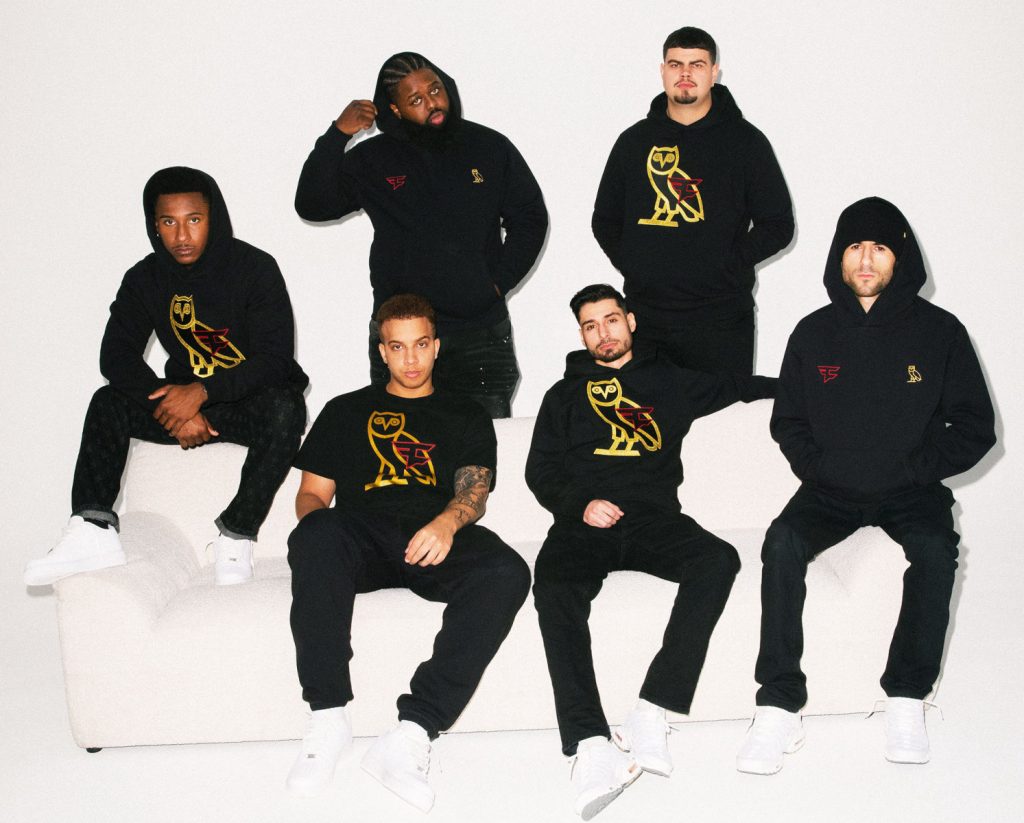 American gaming and esports organisation FaZe Clan has partnered with OVO (October’s Very Own), a Canadian lifestyle and media company.

The two companies will work together on a collection of gaming controllers, mouse pads and apparel, including jackets and hoodies.

This is the first collaboration between OVO and FaZe Clan but will be followed by several new collaborations and initiatives during 2023.

OVO is one of the most well-known streetwear and lifestyle brands in Canada. Established in 2008, OVO is known perhaps mostly because of one of its founders, Canadian rapper and producer Aubrey Graham, known as Drake.

The fact that the brand does not lean heavily on Drake’s stardom has echoed positively with consumers, and it remains one of the prominent figures in the streetwear scene. There is also an unrelated recording studio called OVO Sound, also owned by Drake.

Jay Richardson, Creative Director of FaZe Clan, commented: “This collection remains true to our roots, and holds a special connection to the come-ups of both FaZe and OVO, celebrating our brands’ evolutions over the past decade-plus.

“We also incorporated ‘The New Athlete’ slogan to reflect the new definition of today’s athlete, an ode to the headstrong determination to perfect your craft in gaming and music, not just traditional sports.”

FaZe is perhaps one of the most prominent esports organisations when it comes to partnerships. The company has agreed on dozens of new partnerships in recent years, including partnerships with companies not usually known for esports, like DoorDash, Disney, Draft Kings, and Manchester City.

The new collection will be available at all OVO stores worldwide and online on December 21st, and the two companies announced that they will be hosting store takeovers in all locations this holiday season.