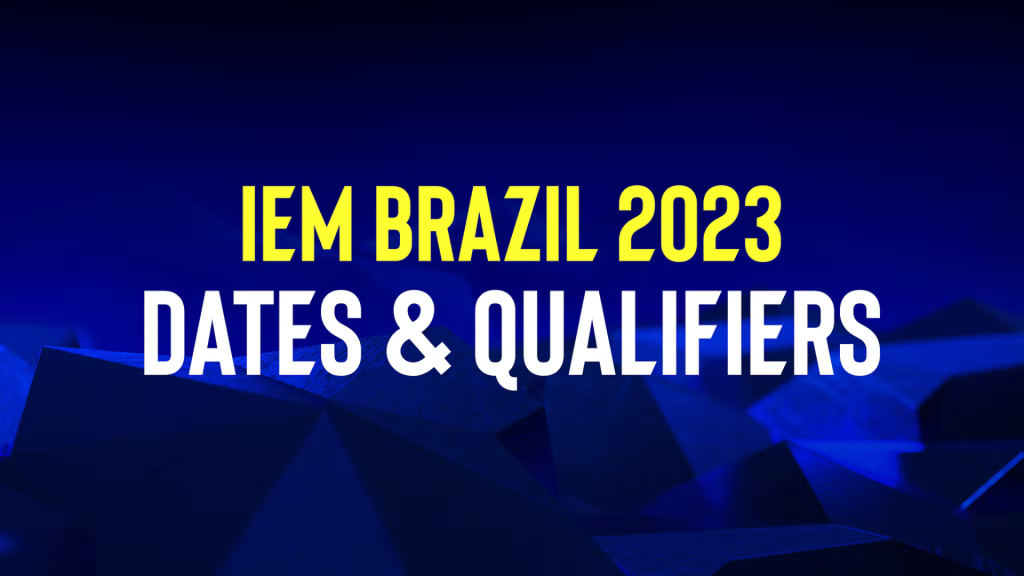 The new Brazil tournament was hinted at by ESL Gaming in late 2022, after a successful IEM Rio Major 2022, the first Major in South America.

As a result, ESL Gaming revealed that IEM Brazil will claim the spot previously announced for IEM Spring. ESL Gaming has decided to return to the country, after positive feedback from fans and good viewership numbers at the Major. The IEM Rio Major was the third most-watched Major in history.

The host city for IEM Brazil 2023 was not revealed, with ESL Gaming urging fans to be patient and wait for the official release and more details in the following weeks and months.

According to ESL Gaming, some teams have already received invitations for the qualifiers, and the company aims to reveal the teams that will be directly invited on January 16th. Qualifiers will be held for Europe, North America, South America and Asia.

ESL Gaming shared the following in a release: “The IEM Rio 2022 CS:GO Major Championship showcased a crowd that shook the world. We can’t wait to return to Brazil in April and watch onwards as we endeavour to crown another Counter-Strike champion!”