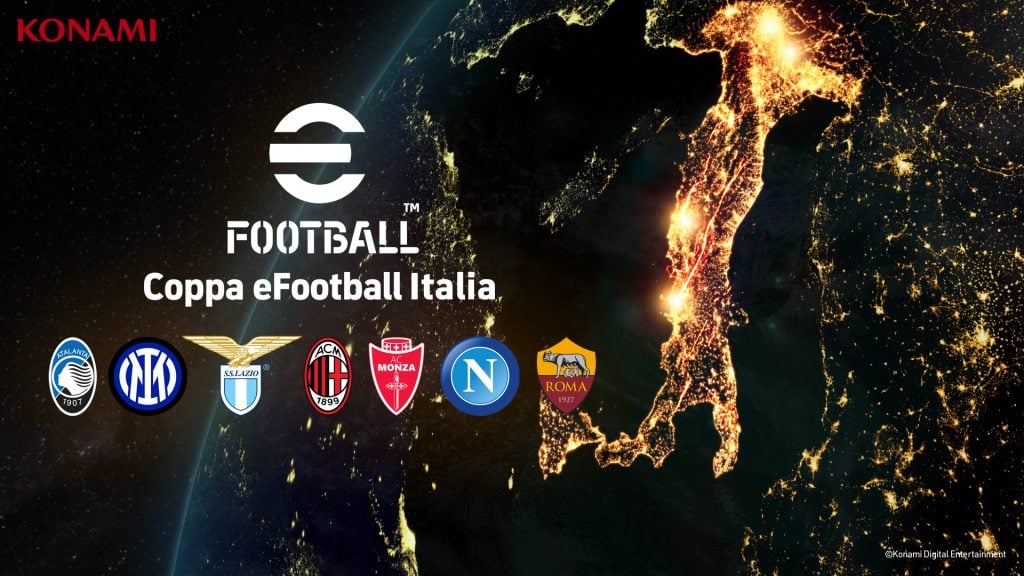 This new tournament format will see the integration of eFootball’s partner clubs, their youth players, professional esports players and the team’s fans.

Qualification and selection for the club’s representative squads, as well as the consequential tournament, will occur in stages between December 2022 and April 2023. The KONAMICI qualification phase will commence in February 2023.

Coppa eFootball Italia will conclude with an offline Grand Finals weekend, hosted at Napoli COMICON on the last weekend of April 2023.

The victorious club will take home an unspecified grand prize, which includes a specialised eFootball multi-media and gaming centre that will be installed at its youth training complex. The Coppa eFootball Italia will also be documented through a series of episodes on eFootball’s YouTube channel, which will focus on analysis and highlights, as well as interviews and behind-the-scenes content.

In 2021, KONAMI rebranded its football simulation title PES to eFootball, shifting away from yearly releases to a regularly updated title that is free to play on all platforms. Throughout 2022 the company struck deals with the likes of many popular football clubs, including Arsenal, Bayern München, and Inter Milan, among others.

In addition, the company also announced a multi-year partnership with the national association of the French Football Federation (FFF). This could mean that a similar tournament to the Coppa eFootball Italia could soon be organised in France, featuring other licensed national associations.