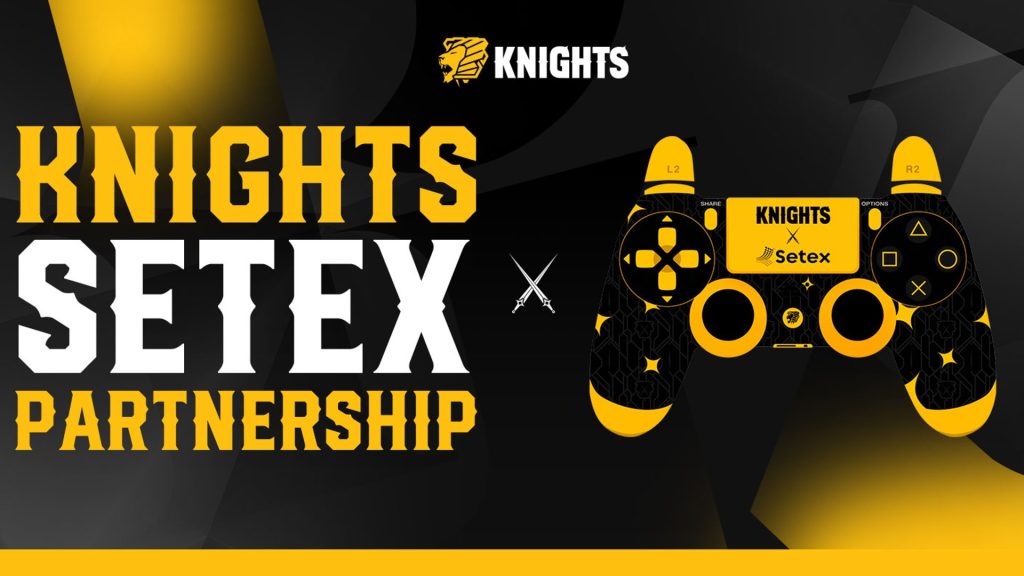 The deal will see the two Pittsburgh-based firms collaborate to promote a range of controller thumbstick grips.

Partnering with the organisation marks Setex Technologies’ first foray into the esports industry. In recent months, the company has launched thumbstick grips and grips for games consoles alongside its existing range of adhesive products.

In addition to collaborating with Pittsburgh Knights, the partnership aims to ‘raise awareness of innovative gaming grips’ in the North American market. To do so, some of the organisation’s content creators will endorse the products on social media channels and live streams.

James O’Connor, President of Pittsburgh Knights, spoke on the deal: “The Knights love to unite and celebrate all of the best that Pittsburgh has to offer from  sports, entertainment, and technology.

“Setex is a company that speaks to all of these things – their products are for casual and pro  gamers alike and we’re proud to partner with another innovative team in Pittsburgh.”