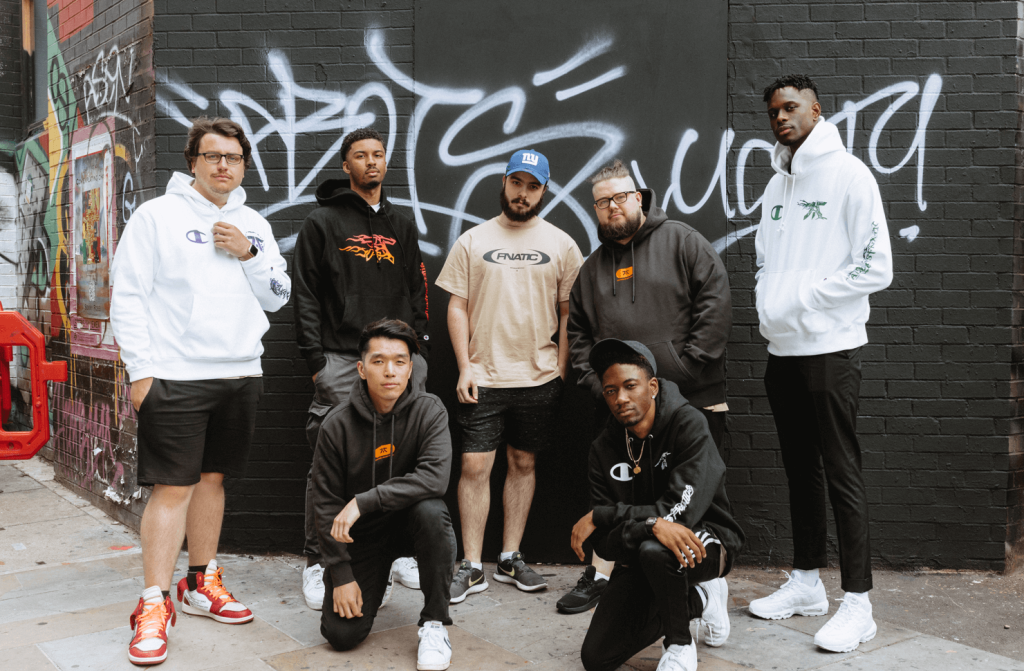 Just this July, Paiin had a hundred or so followers.

He attracted an average of around seven viewers per stream and was preparing for a neuroscience degree in addition to his time broadcasting and attending Fnatic fan events.

Three months later, although fans of Fnatic might not know his name, his face and personality have been all over the brand’s social media, from his appearance as Phoenix with Fnatic’s VALORANT star Jake ‘Boaster’ Howlett, to his modelling work in Fnatic’s A-Z campaign with ASOS. The London-based student has extended his social reach far beyond his humble following on Twitch.

The Network is a one-of-a-kind initiative in esports. Brill believes not only that it is “moving the industry forward” by incubating diverse new talent, but also that it will bring in new revenue to the storied British organisation. Network creators already assist in marketing campaigns for Fnatic’s gaming peripherals brand Fnatic Gear, and its NFT loyalty scheme, Fnatic Membership.

Today, members of the Network have over 8.1 million combined social followers.

Birth of the Network

The idea for the Network first arrived in a Corporate Social Responsibility (CSR) meeting — a term used by large companies that want to operate ethical businesses (and, in some cases, attract more investment as a result).

“It came from my predecessor Soraya Sobh [then Head of Creators], and it was about giving back,” Brill explained. “We’d seen our own creator roster and where they’d come from and we were sitting on all this knowledge.”

But the Marketing Chief also admitted that the Network had become a commercial venture in its own right. “Don’t get me wrong, it definitely benefits Fnatic beyond a CSR perspective. I don’t think we were anticipating the size it would grow to.”

The programme committed to diversity from the very beginning. Even today, Fnatic maintains a 50/50 gender split across its Network programme, something Brill admits isn’t even close to true for the organisation’s esports teams.

Paiin agrees. “One of the things we spoke about initially was the lack of diversity in esports. In my opinion we can’t just blame it on the big people controlling esports blackballing different demographics: some cultures or environments just don’t guide your attention towards video games and esports. My mindset has always been if I perform to the best I can, then I can make it so I’m an irrefutable talent.” 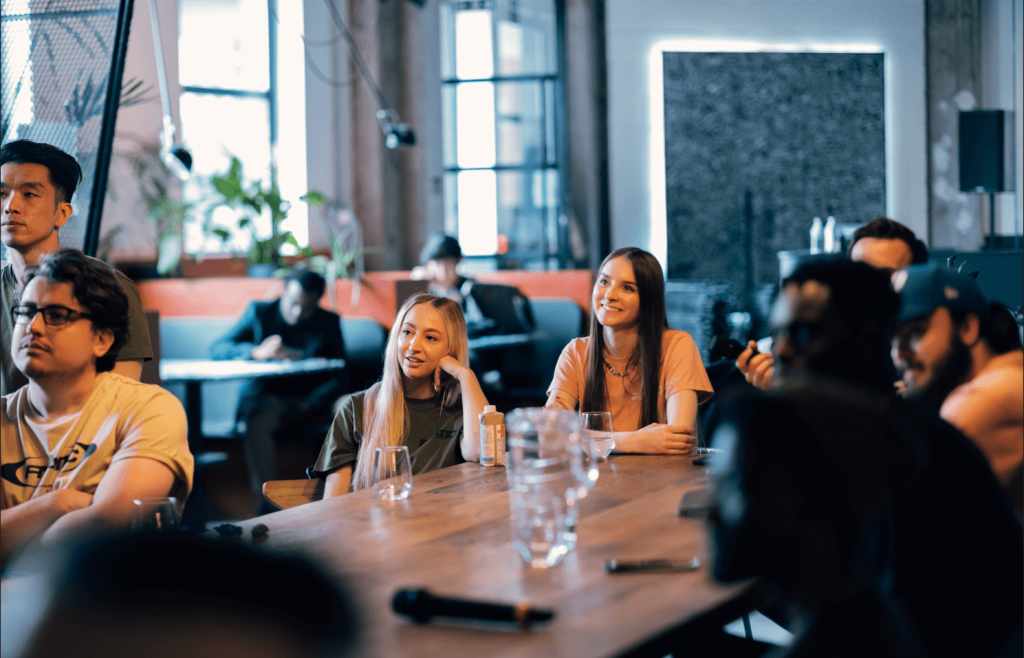 Brill’s marketing team aims to make Fnatic a ‘hero’ brand, like Nike or Fedex: their strategic goal is to push boundaries and set an example for the rest of the industry.

Over the last year, the focus on diversity in the Network has transcended marketing gimmickry and given way to successful brand collaborations. The biggest brands frequently demand that activations feature a diverse cast of creators in order to appeal to wider audiences and to meet their own diversity goals. The Network gives Fnatic a distinct advantage over other esports teams who have failed to diversify.

Creators also arrive with a skill set that can benefit Fnatic in other ways. Paiin has applied his passion for neuroscience to Fnatic’s High Performance Unit (HPU) and also been involved as a model and actor in various Fnatic campaigns. He featured in a collaboration with American snack company Jack Link’s, and starred in Fnatic’s Styled by ASOS activation alongside fellow Network member Hexsona. His face is even splashed across visual branding for the organisation’s NFT membership programme. Meanwhile PilotCeeBee, another Network member, balances her time streaming VALORANT and competing in VCT Game Changers with a full-time commitment to pilot training.

The diversity of talent, interests, and backgrounds offers incredible value for Fnatic. Instead of shelling out tens, hundreds of thousands for one influencer with a distinct identity beyond the team, their micro-influencers have created a roster of passionate, hungry Fnatic fans who together generated 13.7 million hours watched over the last twelve months, comparable to Kyedae on 100 Thieves, or Daltoosh at TSM.

Furthermore, most Network creators aren’t salaried. Only the most viewed Network members get paid — those with over 200 concurrent viewers and a combined social reach of over 100,000.
Micro-influencer campaigns have reached buzzword status this year among marketing gurus: they offer less expensive and sometimes more efficient marketing spend, especially important amid declining marketing budgets worldwide.

Fnatic is able to offer its partners more than that, however. While each of the creators on the Network has a distinct identity, they’re all under the Fnatic banner, and they have all been personally assessed by Fnatic to be competitive, interesting influencers.

A magic bullet for creators?

But Fnatic doesn’t accept every creator that applies. Brill explained the organisation’s logic when it assessed Paiin’s potential value. “The one thing you can’t quantify is hustle. Away from gender, race, whatever. He’s had so much exposure in the company because of his own work. He’s obviously charismatic and would be great on camera.”

Fnatic claims new recruits see a bump of 69% in followers in the three months after joining the network, but it also attempts to incubate talent beyond brand association. It offers helpful advice through a private Discord, workshops with Fnatic staff, and Q&As with Fnatic’s main creator roster.

Paiin claimed he had to work hard to build his community even after starting with Fnatic. “The network is what you make of it. Even though you’ve got the tag ‘Fnatic’ in front of your name, it’s still up to you. It’s up to you to plan script ideas for content. I’m into neuroscience, but I had to turn on the webcam, get my ideas edited, recorded.”

A rising tide lifts all boats. As the profile of each of the Network influencers grows, Fnatic promotes them to higher tiers. Those who do best and reach internet stardom have a chance to get signed as full content creators, as Fnatic creator Moonryde did through his time on the Network.

What’s the end-game for the Network?

Paiin’s interaction with both the esports and marketing wings of the company speaks to the next evolution of Fnatic’s competitive gaming team model. Although professional players remain by far the highest cost and most important performance indicator, the organisation’s close relationship with brand partners, its vast peripherals and merchandise wing, and of course its creator division make it as much a lifestyle brand as a competitive organisation.

The demands on teams from hawkish investors and hyper-engaged fans are different, and more complex than ever before, meaning that teams cannot bet future revenue on competitive success alone, especially as player salaries continue to inflate. Brill told Esports Insider that the success of the Network is now a key performance indicator for his team.

Fnatic is no longer purely a professional esports association. The Network project is Fnatic’s play to activate influencers, as well as its pro players, while promoting diversity and helping streamers make it in a tough industry.

Although the relationship between Fnatic and its small creator lineup is mutually beneficial, the pressure is now on for Fnatic to decide what the programme’s future looks like. Similar to every other element of esports teams, the Network is likely reaching a point where it must prove it is delivering results, both for its fledgling creators and for the company that has built it.

Fnatic’s resources, especially around influencer management, are greater than competing UK teams, but they aren’t infinite. The company will have to prove that the Network is truly adding value to the organisation amid layoffs across the marketing departments of other teams. Brill said he now wants to ramp up exclusivity: “Tighten the hatch, and create success stories with [the creators] we have. ”

At the same time, the company also has a duty of care to creators who believe in the project enough to use Fnatic’s branding across their social media. Streaming is a deeply weird job, and managing a move towards full time content creation is equally challenging. Brill said that in a recent Network Q+A with Fnatic Creator Pow3r, he was impressed by how many of the questions related not to stream growth, but mental health.

Fnatic’s investment in small but promising talent needs to be sustainable to provide long-term value to the organisation. Now its first influencers have enjoyed their first moment in the limelight, the team has work to do to ensure the Network is a lasting success.

Patrick is a freelance writer for ESI based in London, reporting on competitive PC gaming and esports marketing. His passions include Valorant, running, and over-ambitious baking projects.